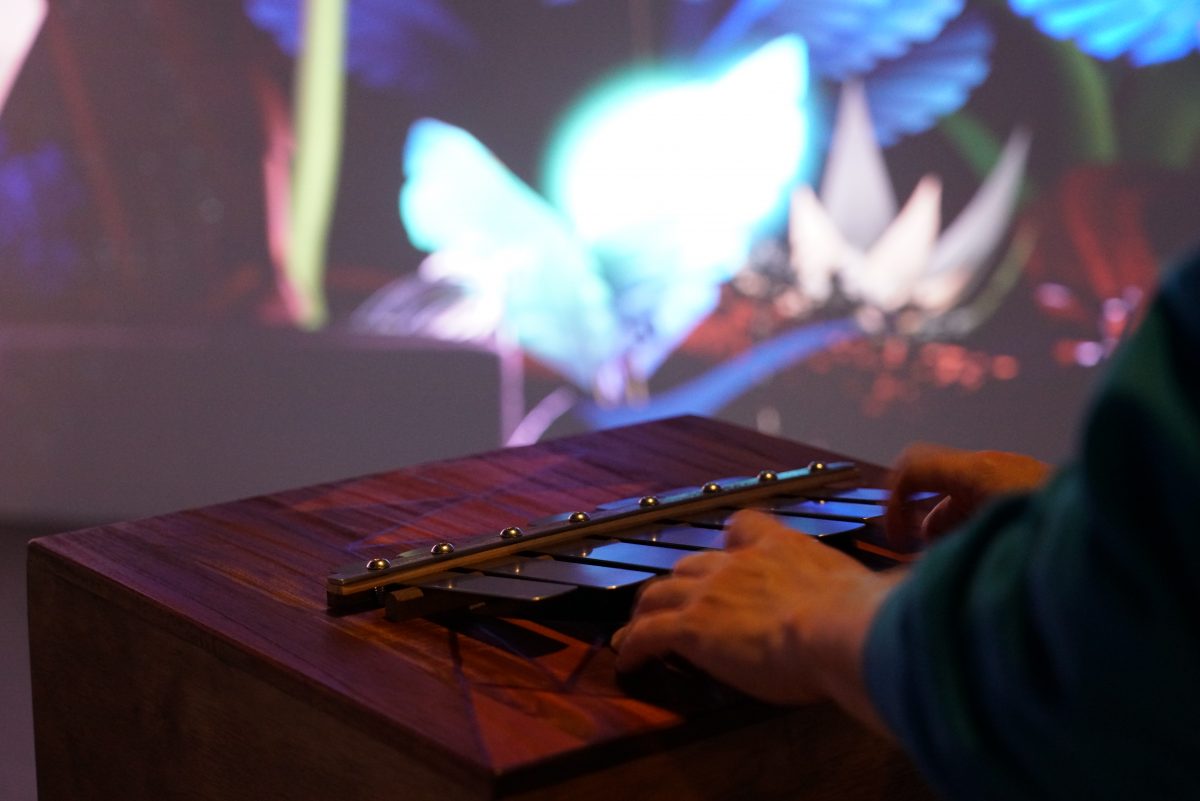 San Basilio de Palenque is said to be the first town in Latin America that was liberated from the Spanish colony. Founded by Benkos-Biohó and other runaway slaves, Palenque is a stronghold of Afro-colombian traditions, which particularly manifest themselves in music and dance. The Marímbula is an instrument of African origin that represents the connection of people from Palenque with their past. Using sensors placed in the instrument, a head tracking device and an interactive projection, spectators are taken to a symbolic representation of Palenque, a tropical fantasy that is midway between reality and virtuality.

Marímbula was developed during a 3-month residency at the Asia Culture Center in South Korea.